In the longest season in their history, the Screaming Squirrels won the Bronze 2b championship Wednesday, skating to a 6-2 victory against the third-seeded 2intheBox.

Bob Valdes got the scoring started after whacking at the puck a few times in the first period. A couple of minutes later, Don Marks floated a shot from the point past the 2intheBox goaltender. But, 2intheBox scored the next two, including one in the last minute of the first period.

Though both Brent Machado and “Good” Ben Avara each scored in the second period – Machado’s being a pass that bounced in off of the goaltender – the Squirrels took five consecutive penalties, including three in the last few minutes which forced them to kill off an elongated 5-on-3.

But the Squirrels killed those penalties, then got a few power plays in the third period. Vivek Pinto scored on one of them as he stuffed in a shot, and Dave Chung scored on the empty net to seal the win.

It was the ninth overall ice championship for the Squirrels, and first since 2018. 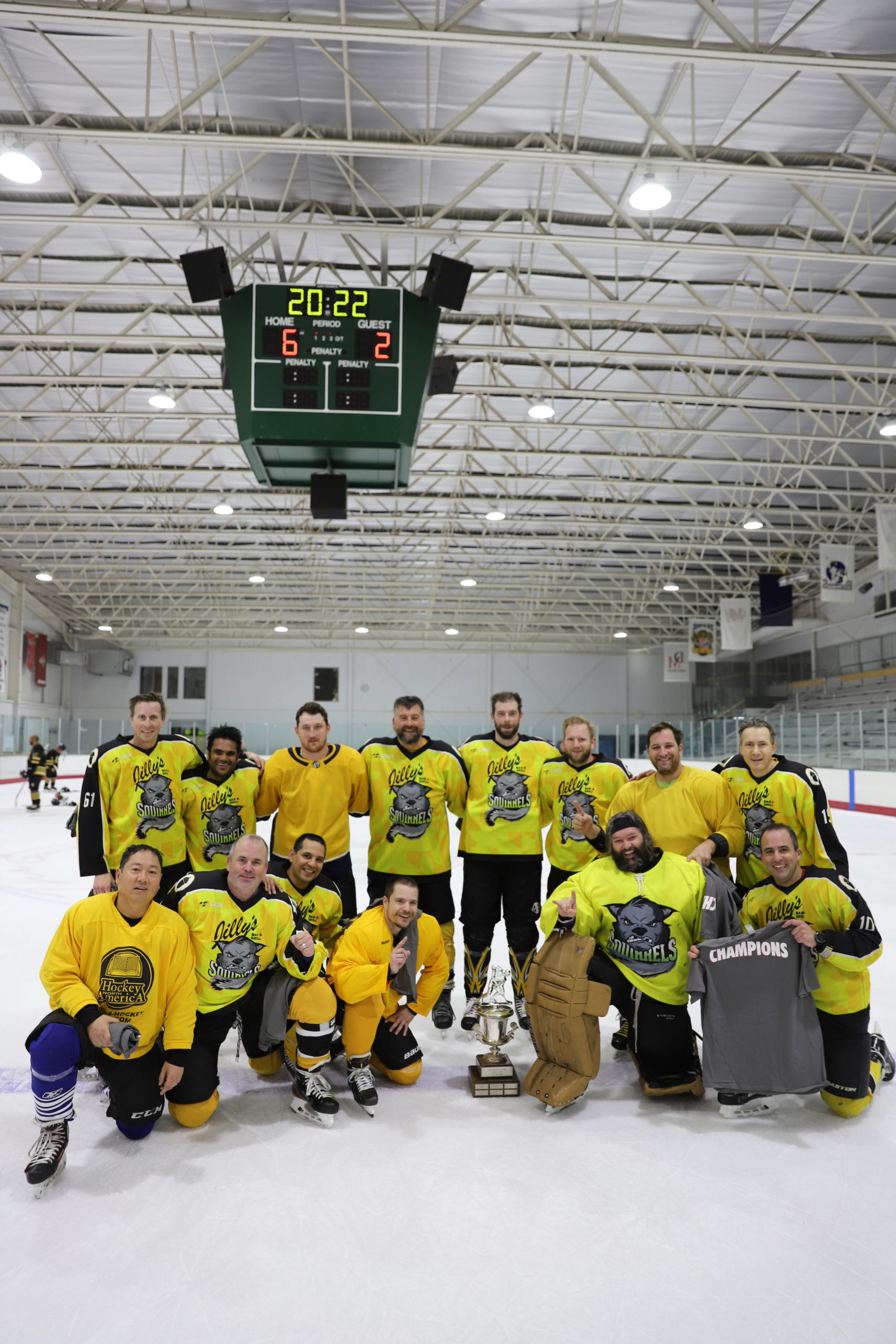 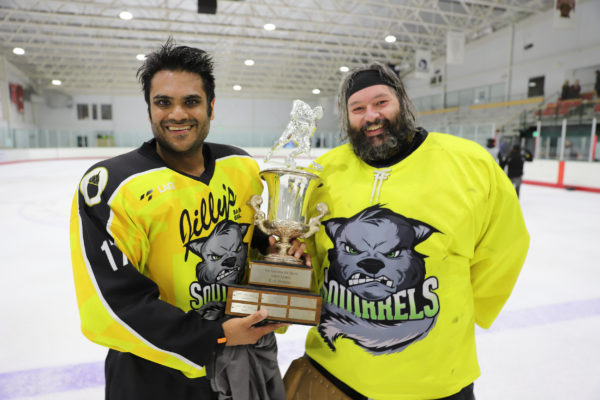 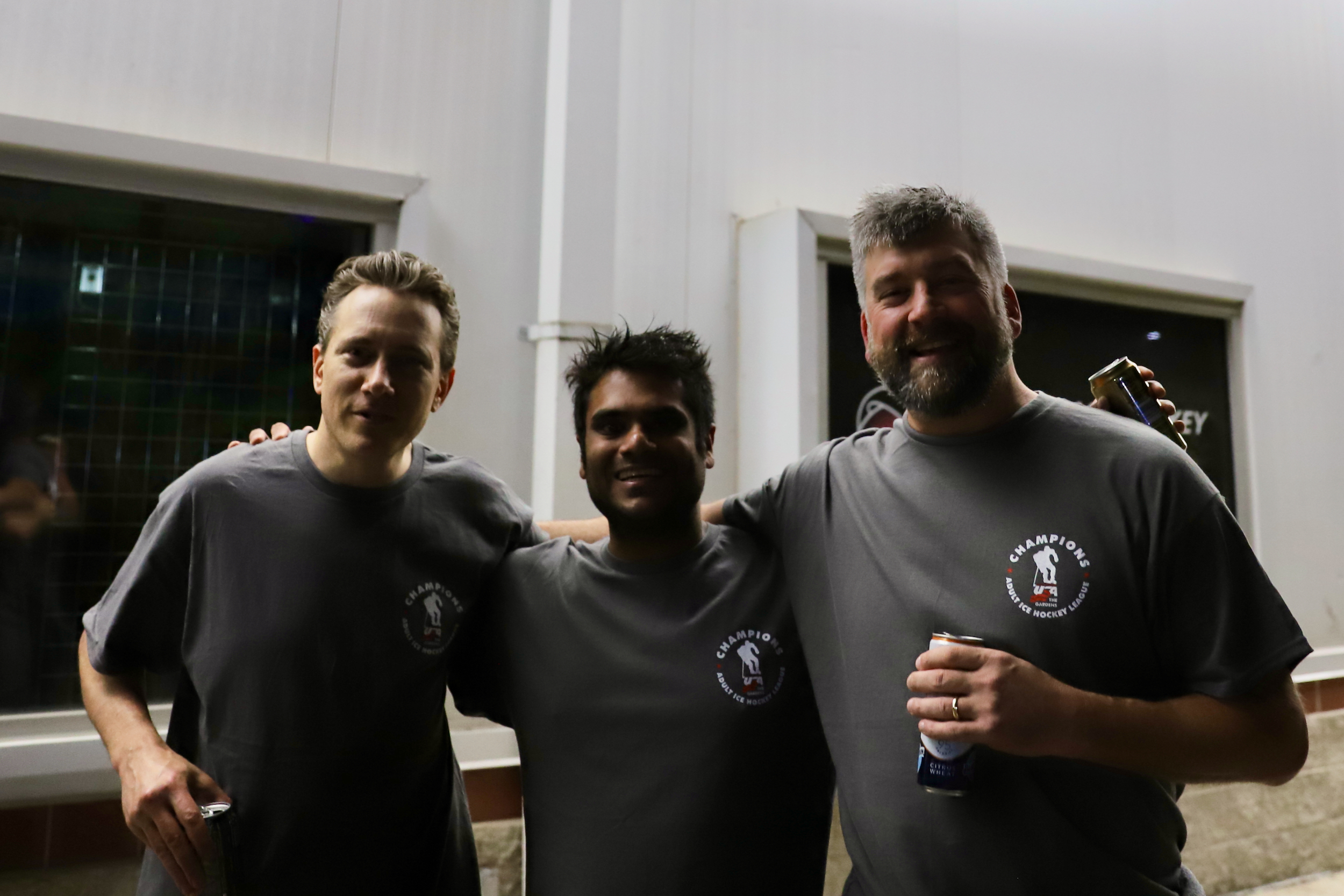