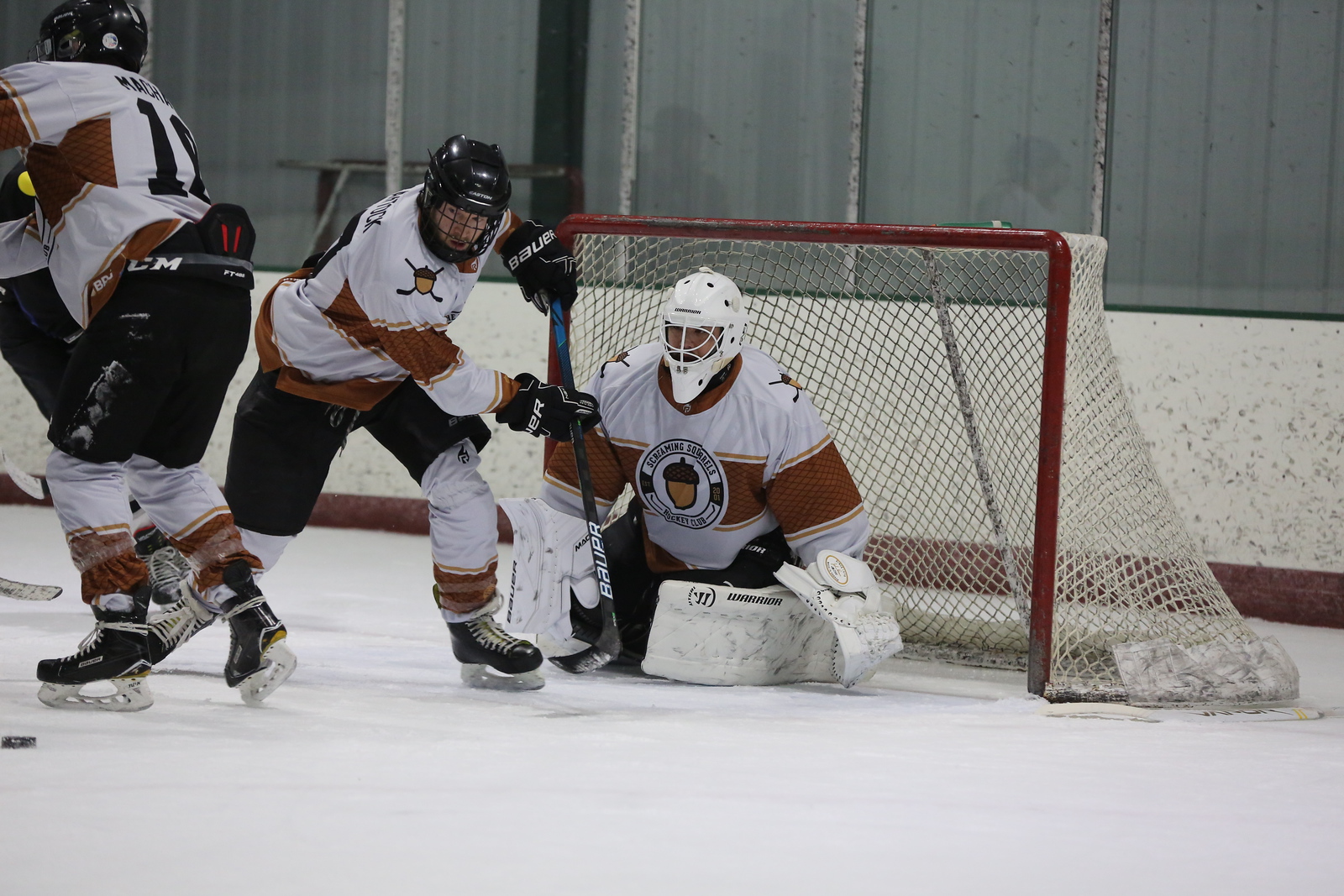 Sporting their new gray and brown alternate jerseys, the Squirrels beat More Boos on Tuesday night, coasting to an 8-4 win. The Squirrels led 4-0 after the first period and 6-1 after two, so the game was never in doubt even though More Boos chipped away at their deficit in the in the third.

Mike Bartock set the tone early with a pair of goals on end-to-end rushes in the first period. Bartock completed his hat trick late in the second, jamming in the rebound of his own shot. He then added a fourth goal with a perfectly placed shot over More Boos goalie’s shoulder into the top left corner of the net.