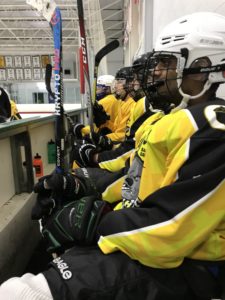 The Squirrels beat a very shorthanded Outsiders team on Wednesday, taking a comfortable lead before surrendering some late goals, but holding on for a 7-5 win.

Scott Kronzek scored the first two goals for the Squirrels, but the Outsiders answered with two of their own in the first period.

Brent Machado, Dave Chung and Mario Constantinou each scored in the second period as the Outsiders managed only one.

Dan Bartock played his first game for the Squirrels.