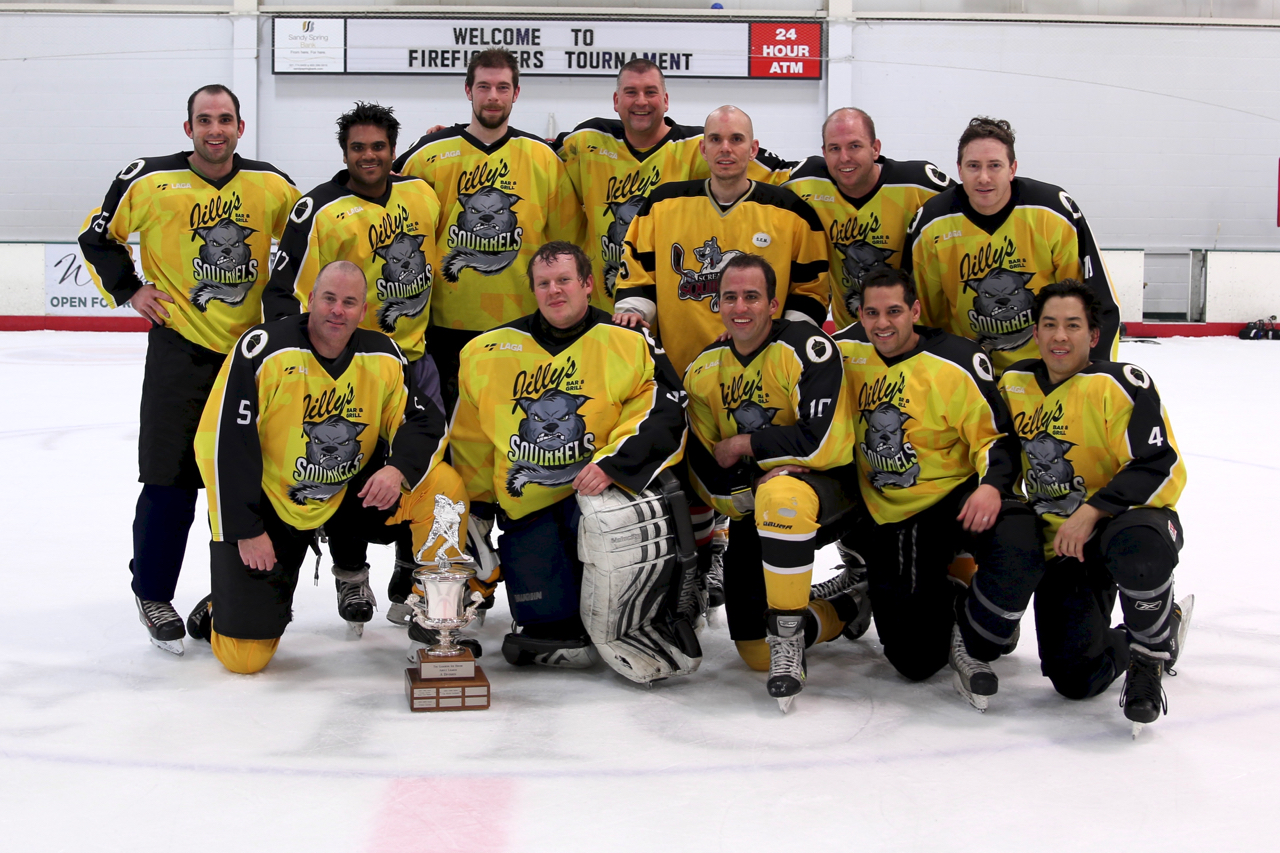 The Squirrels capped off a dominant playoffs with a 6-1 victory against the Whalers in the Bronze 2B championship game Sunday, winning their 7th ice title since 2004.

With a power play early in the second, the Squirrels were caught napping and surrendered a short-handed goal to cut the lead to 3-1 and keep the game within reach. But Marc Irby scored with 22 seconds to go in the second period to give the Squirrels momentum.

Despite desperate play, and several power plays, the Whalers couldn’t get anything else past Merritt Lyon, who only gave up 4 goals in three playoff games. Irby scored twice more for the hat-trick. Lyon also became only the second Squirrels goalie to win multiple championships, the first since Drew  Thimann won his second in 2006.

The Squirrels were without several regulars but have green championship shirts for everyone.