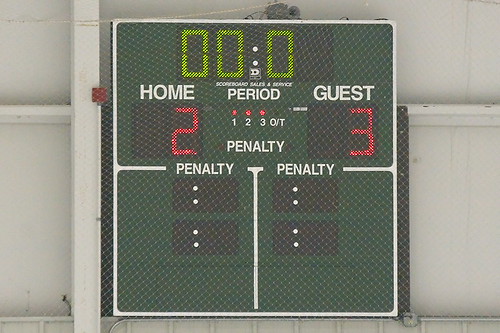 The Screaming Squirrels failed to shut down a single player on Gnu on Friday, and that was the difference in a 3-2 loss to the first-place team.

The game started out fine for the Squirrels, as Brent Machado scored on the first shift of the game. Then No. 25, Norman Hayes, took over, scoring on the power play in the second period, and then a shorthanded goal and an even-strength goal in the third, all by skating far faster than everyone else on the ice. The Squirrels dominated the zone much of the game and had many quality scoring opportunities, but missed wide-open nets by inches. Rob Myers pulled the Squirrels within a goal late in the third, and a late flurry led to several shots but Gnu escaped with the win.