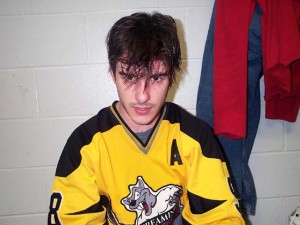 Longtime Squirrel Matt Borlik announced after the team’s 8-0 championship victory Sunday that he’ll be moving to Philadelphia within the next few weeks. Though we’ll expect to see him every once in a while when he comes down to visit, this marks the end of a tenure that’s lasted since 2002, when he nearly got into a fist fight with the then-team captain during a pick-up game soon before we recruited him as a backup goaltender.

Borlik was instrumental in two roller championships and two ice championships during his time with the Squirrels. We all had plenty of memories of him, from the punk clothing he’d wear into the locker room, the porn-star mustache, the broken doors, the rides from D.C. (the list goes on and on), but the best memories aren’t appropriate for publication.

The Squirrels were down 1-0 in the first, tied it up, squandered a two-minute 5-on-3 power play, scored on a 4-minute power play, then poured on the goals in the third period to advance to their first finals in four years. That season, the Squirrels won the championship.

The Screaming Squirrels easily survived the first round of the playoffs Sunday with an 8-0 victory against Gnu. They now advance to play the Nordiques or Laughing Skulls, pending the outcome of Monday’s Piranhas-Laughing Skulls game. Check out photos and videos of the game. 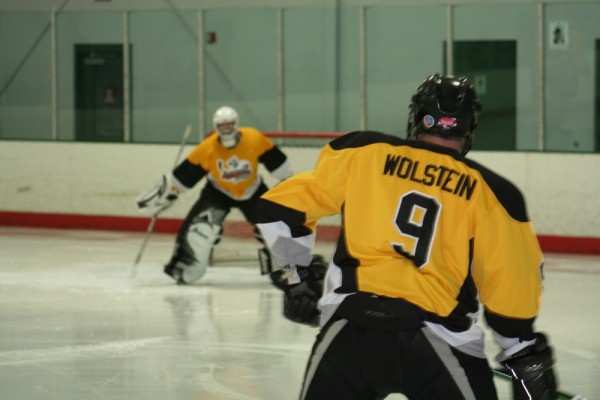